Right now, I’m still working on the final book of a trilogy set in the distant past of the World in Chains world. I’m about 30,000 words in, and I anticipate the book coming out at roughly 100,000 words. I also have a few other projects that I’m writing as side projects for when I get stuck on the primary project. Ideally, I’d like to move to a writing model where I always have multiple stories I’m drafting at once.

On the revision front, I’ve completed all revisions for Empire of Chains, The Shadowed Land, and The Gilded Empire to create “Enhanced Editions” of the books. I’m currently a little over 20% through the new revision of The Winds of Time. I have finished the proofread of Empire of Chains, and I’m almost finished with the proofread of The Shadowed Land. Once I’ve completed revisions and proofreads for all four books, I will republish them with the new versions.

Technically, I’ve already republished Empire of Chains, but I’m not really going to promote it much until the entire series is ready. At that time, I will update all four books, as well as the four-book boxset. As of now, only Empire of Chains is available in paperback form, but I do intend to get paperbacks for the other three books in the series.

After I finish with the enhanced editions for World in Chains, I will work on creating enhanced editions of the first two books in my Sunweaver trilogy, and then finally publishing Sunlord, the final book in the trilogy. It has been almost three years since I’ve published anything.

After the Sunweaver trilogy is published, I will turn my attention to The God War’s Chosen trilogy and the Essence Warrior trilogy. Both are completely drafted but largely untouched since I wrote them.

In the meantime, I have big plans for my whole fantasy multiverse. I’ve laid out a timeline for all the series I’m setting in the four worlds you’ll visit in World in Chains, Sunweaver, The God War’s Chosen, and Essence Warrior. These four worlds are all part of one particular sector of the universe with a common mythology and a lot of interconnections. Think of it as sort of like Sanderson’s Cosmere but with the interconnections being a bit more obvious.

That being said, every series stands alone. While they tell a long and interconnected history of this sector of the universe, they all feature their own main characters. You will see a lot of characters appearing multiple times. Inevitably, whatever order you choose to read my books in, there will be minor spoilers. At the same time, though, I leave enough to the imagination that there’s room to enjoy the stories no matter what order you read them in.

As always, thanks for reading. 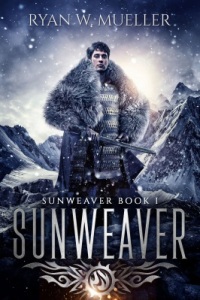 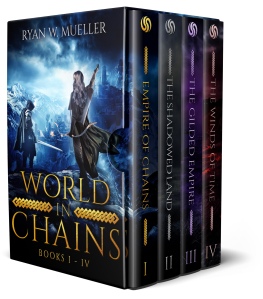 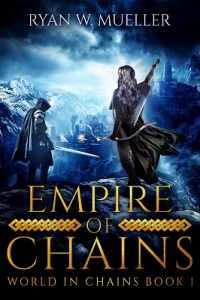 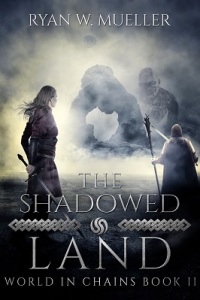 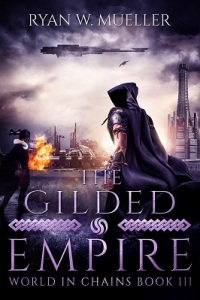 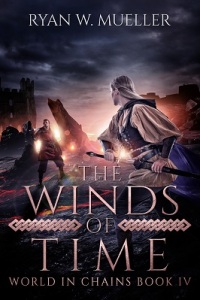